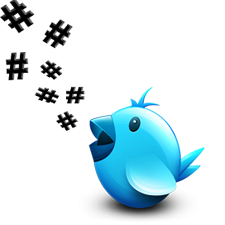 Twitter Definition: “The # symbol, called a hashtag, is used to mark keyworks or topics in a Tweet. It was created organically by Twitter users as a way to categorize messages.” Hashtags are used on Twitter and begin with a number sign “#”, they can occur in the beginning, middle or end of a Tweet. People use hashtags before phrases and/or keywords within their Tweet to categorize their Tweets and allow other people to search these topics more easily. It is recommended that you only use one or two hashtags within your Tweet so it doesn’t become spammed. Lastly, clicking a “hashtagged word” allows you to see other Tweets within that category.